August 22, 2022 – In recent weeks and months, the fleet of Dinges Logistics has grown rapidly. Besides additional tank containers, container chassis and chemical tanks, about 20 new tractor units have been added to the fleet since fall 2021. Also last week a new tractor unit could be taken on the road, and a very special one at that: the 100th airbrushed Viking!

Dinges Logistics was founded in 2000 by Ingo Dinges. At that time, he was a self-employed professional driver and had one tractor unit with which he processed his orders as a one-man business. Due to his family background, he has always had a passion for Scandinavia and the Viking culture. For this reason, he had his first own tractor unit provided with a special airbrush design, which reflected his passion. At that time, he was completely unaware of the fact that he was about to create his own brand. The first Viking, with which everything started, can be found today in perfect condition in the company’s „old timer museum“ in Grünstadt. Back then, Ingo Dinges dedicated his first Viking to his father, who was also a professional driver and had a decisive influence on his son in many respects. Starting with Viking No. 1, the Viking airbrush tradition of tractor units continued throughout the years of the company’s history until today and has become the company’s distinctive feature. 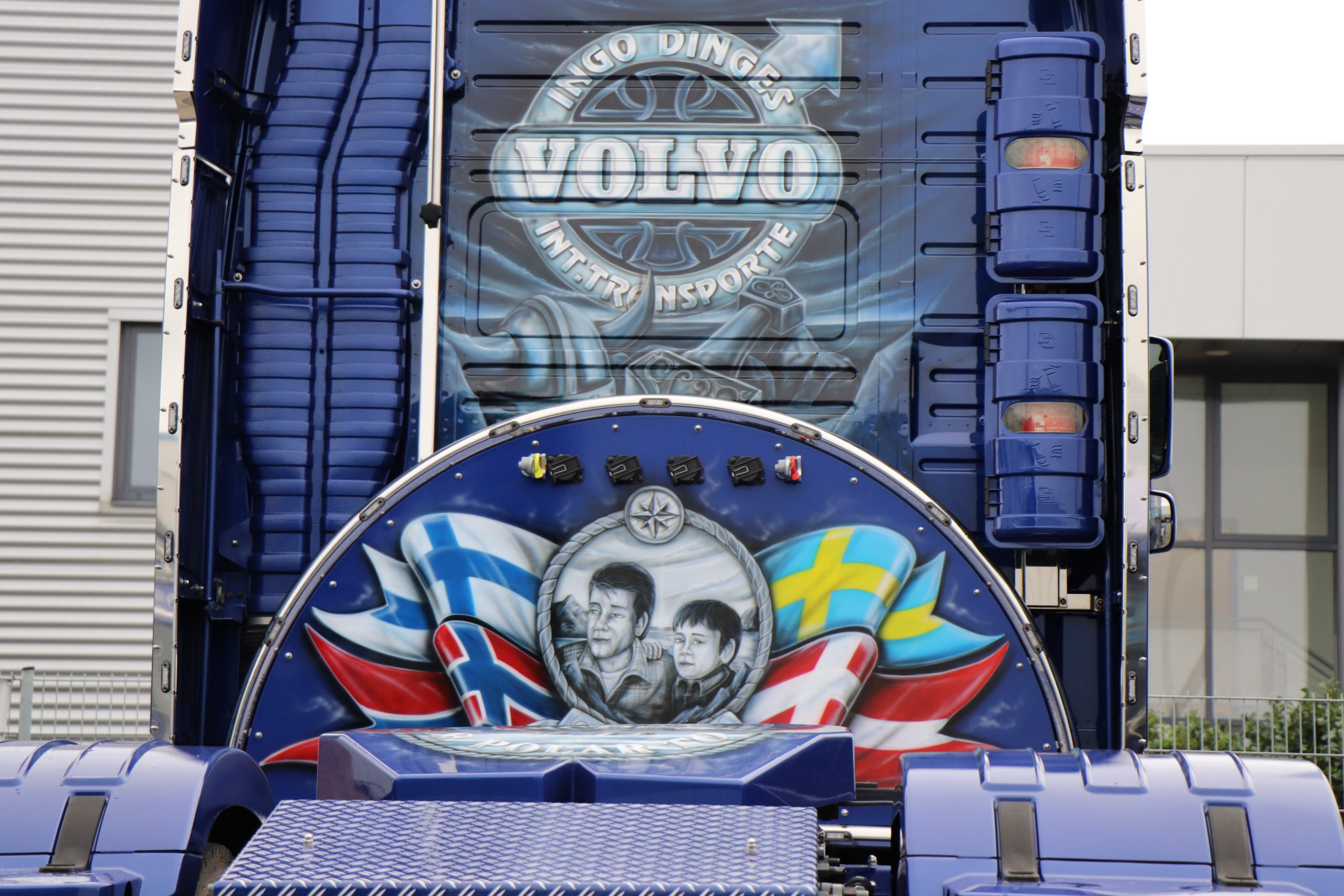 After the company’s fleet has recently grown with numerous new tractor units, the 100th airbrushed Viking has now arrived. This represents a special milestone for Ingo Dinges and his company. For this reason, the 100th Viking was intended to be something truly special. „Of course it makes me really proud that the 100th airbrushed Viking is now on the road. The airbrush design of this tractor unit has been precisely thought out. For example, important elements of the company were depicted, such as our tank cleaning facility, which opened in 2015, as well as our container terminal. In addition, a shot of our unique Scania T 650 S was airbrushed on Viking No. 100.“ A closer look at the tractor unit reveals other familiar elements such as the Viking statue that currently stands in the entrance area of our site in Benzstraße in Grünstadt. In addition, Ingo Dinges dedicated the 100th Viking, as well as the first Viking, to his father Otto Dinges. A corresponding inscription was placed directly under the windshield. 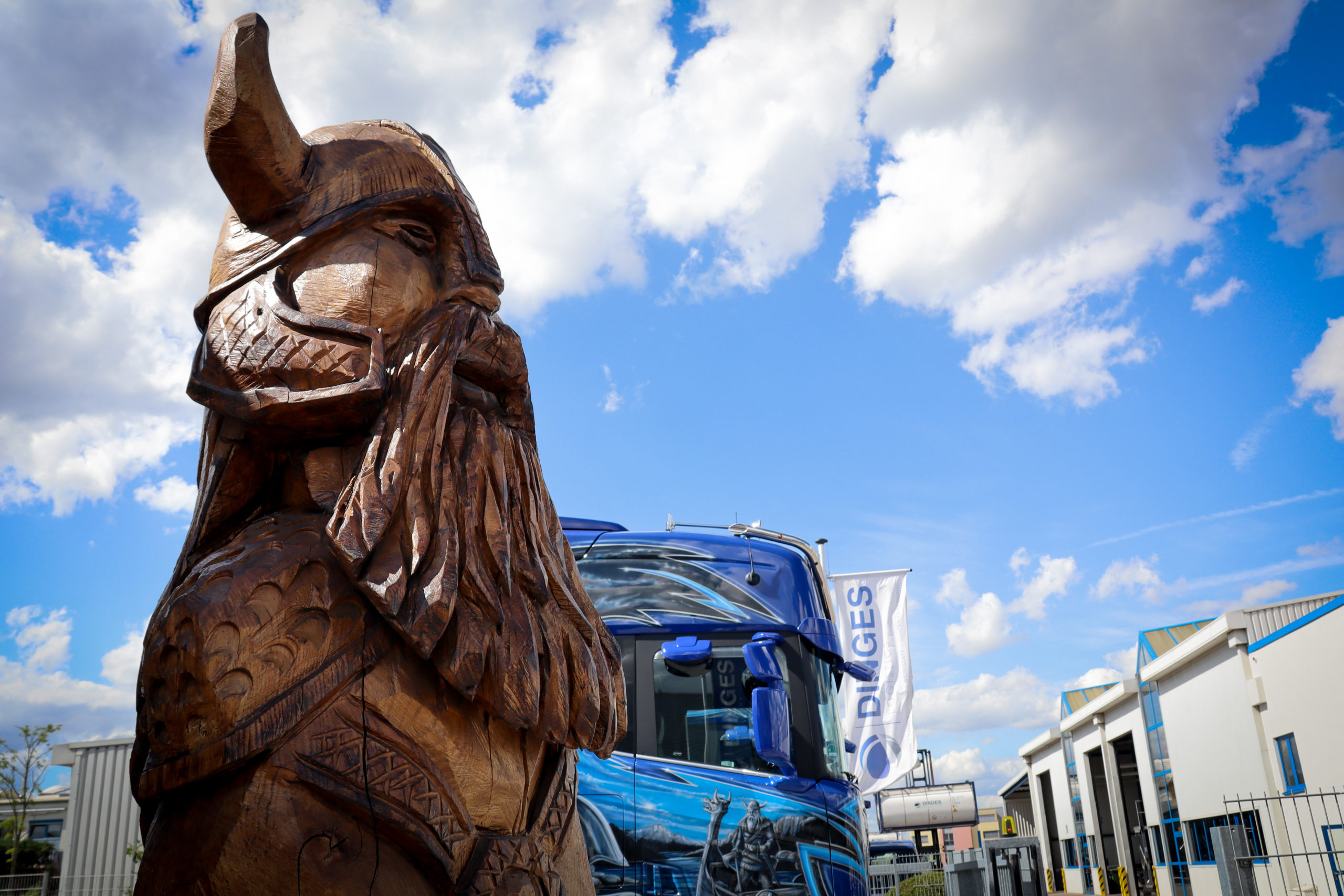 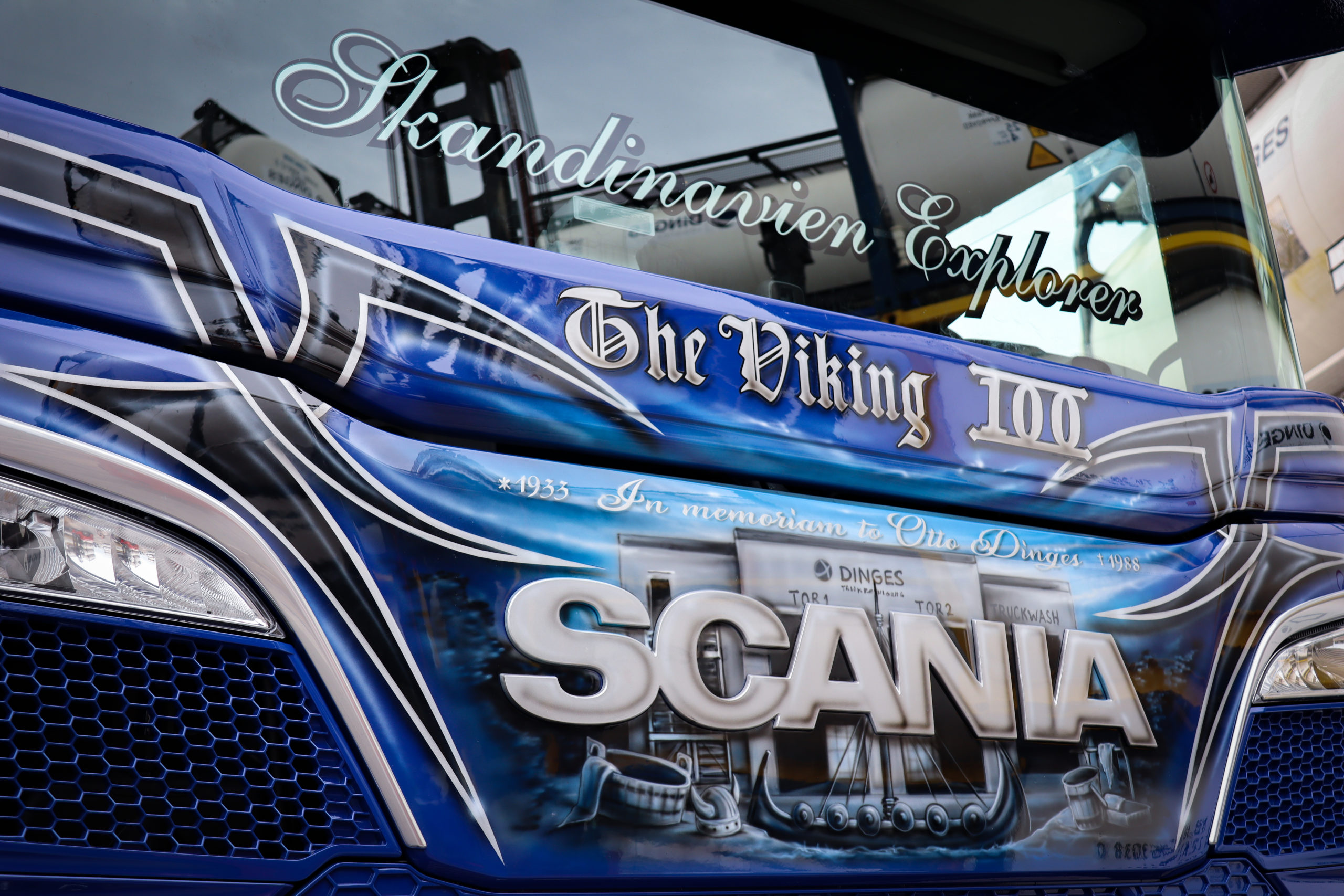 However, not only was a lot of effort put into the airbrush design. The entire equipment was also carefully selected. The 100th Viking is a Scania 540 S. In addition to the standard features, several special items have also been added, such as a bull catcher, a deep sun visor, an „old school“ illuminated sign, a chrome-plated bumper, and various lamps – both inside and out. The 100th Viking will be given to our driver Danny Kade who will be driving it on the roads of Europe in the future. Dinges Logistics wishes them both a good and safe trip at all times.